Arborvitae is more than a pretty foundation shrub

I’ve always been a big fan of versatile plants. Arborvitae (Thuja occidentalis) is a common ornamental shrub locally, but that same species is indigenous and grows into a rather large tree in my native Maine. Up there locals call it white cedar. I have a lakeside cabin constructed from it.
When I was a kid my dad cut them down and limbed them. My mom, sister, brother and I stripped off the bark. Dad used the logs for sills, rafters and studs. We constructed our boat dock from them too. I have since rebuilt that dock with them. Ice damage is a yearly recurring problem.
For a long time I looked at those trees as a great construction species. Wood is very light, easily worked and durable. I whittled many a homemade baseball bat out of arborvitae. I could leave them outside seemingly forever and they wouldn’t rot.
Arborvitae is a large evergreen shrub found in numerous landscapes throughout the country. It is extremely hardy and resistant to most insects and diseases. It is also tolerant of poor drainage. Plants require very little pruning. Wood and foliage are aromatic and essential oils are highly effective moth repellants.
Numerous cultivars are available. Some are compact and rarely grow more than a few feet tall. Others have a yellow or golden color. Most have roughly a pyramidal shape, while some types make a great tall hedge or windbreak. Bonsai enthusiasts like them too. They are easily trained and resilient.
These trees are a main source of winter deer browse in northern areas. Foliage also makes a refreshing tea that helps clear your throat and nasal passages. It’s also useful for making Christmas wreaths and other holiday decorations, and it makes great simmering potpourri.
This aromatic evergreen has a long history and wide variety of medicinal uses. The one familiar to most people is using its natural oils to treat skin disorders, most notably skin tags. Numerous products line pharmacy and department store shelves. Effectiveness reports have been mixed.
Native American tribes have used arborvitae preparations to treat fevers, coughs, headaches, swollen hands, arthritis and many other ailments. Plant oils contain a chemical called thujone, which can cause low blood pressure, asthma and seizures. Evidence shows Arborvitae preparations shouldn’t be used by pregnant women as they promote menstruation and could cause miscarriages. Breastfeeding women shouldn’t use it either.
Compounds in arborvitae can stimulate the immune system, but this means it can also trigger negative effects from autoimmune diseases such as rheumatoid arthritis, lupus, or multiple sclerosis. Many skin care products contain natural essential oils from arborvitae. It’s probably best to avoid them until consulting with your medical professional.
Quite often herbs that have many uses particularly based on aromatic oils can also cause side-effects in some people. These chemicals can also interact with prescribed medication. People often have allergies or sensitivities (they’re not quite the same thing) to commercial pharmaceuticals. They also can have those same problems from homeopathic medicines. Herbal doesn’t necessarily mean safe. 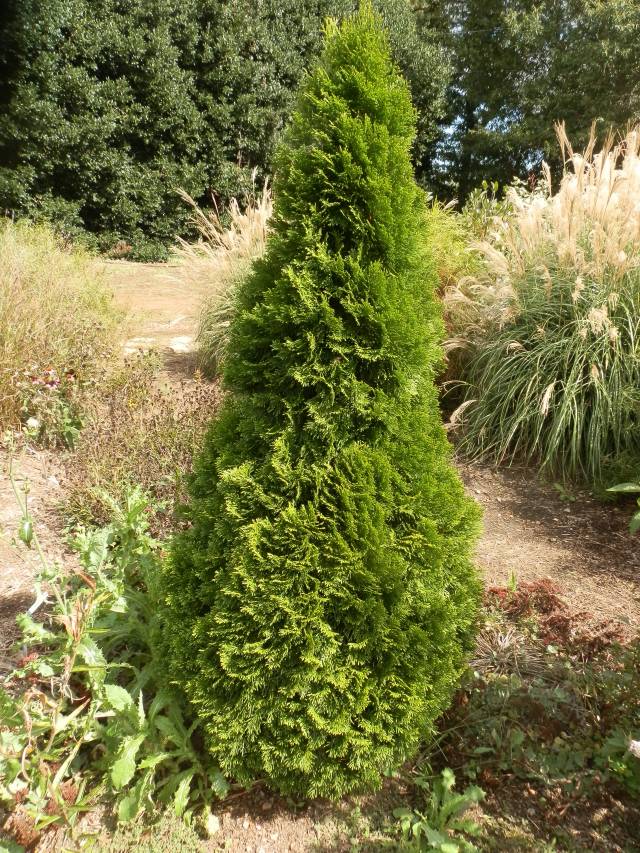 I grew up in Old Town Maine and got a B.S. at the University of Maine in Plant Sciences/ minor in Botany. From there I moved to West Virginia and earned a M.S. in Agronomy at WVU. I also met my wife there. She grew up in rural WV as the daughter of tenant farmers who raised cattle and hogs. Their lifestyle at times was one of subsistence and I learned a lot from them. I've always been a foraging buff, but combining my formal botanical knowledge with their practical 'Foxfire-type' background opened up my eyes a little more. I now teach agriculture to high school students at Northeastern High School in Elizabeth City, NC. My wife teaches with me and we make a great team. I also write a weekly nature/foraging column for the local paper (dailyadvance.com). I also have written several Christian nature/adventure novels that I plan to publish eventually. One is a five book family saga I call the 'Forgotten Virtues' series. In the first book, Never Alone, a young boy comes of age after his father dies in a plane crash, and he has to make it alone. Never Alone is now available in paperback, Kindle and Nook. The second book, Strange Courage, takes Carl from his High School graduation to his recovery from a nasty divorce. The third book, Second Chances, takes Carl from his ex-wife's death and the custody of his son to his heroic death at age 59. The fourth book, Promises Kept, depicts how his grandchildren react and adjust to his death. In the final book, Grandfather's Way, his youngest and most timid granddaughter emerges from the shadow of her overachieving family and accomplishes more in four months than most do in a lifetime. I use many foraging references with a lot of the plants I profile in these articles in those books.
View all posts by tedmanzer →
This entry was posted in foraging and tagged arborvitae, aromatic, essential oils, hardy, immune system, northern white cedar, ornamental, skin care, thujone. Bookmark the permalink.