Magnolias are fixtures of the south

Is there another plant that symbolizes the southeastern US more than the southern magnolia (Magnolia grandiflora)? No other tree has such large shiny leaves or larger flowers. Fragrant white blooms can be as much as a foot in diameter. No North Carolina landscape is complete without one of these gorgeous trees even if they are a bit messy.

Southern magnolia is basically a lowlands tree that can grow more than 80 feet tall. It is seldom found at elevations above 500 feet. It occurs naturally from coastal North Carolina southward to Florida and westward to eastern Texas. It will grow in much of Virginia and parts of Maryland, West Virginia and Kentucky but it is not native there.

Trees thrive in full sun but will live under the canopy of other trees for several years. Young seedlings often struggle in full sun, so they benefit from some shade for a few years. Usually when other trees die or are cut down the magnolias assert themselves. Most ornamental types have dense brown pubescence on lower leaf surfaces, but many wild types are greenish underneath.

Magnolias require little pruning and offer dense shade. Despite their thick canopy Magnolias aren’t greatly prone to wind injury like some trees are. Wood is close-grained and hard. They also show some resistance to acid rain and other airborne pollutants. Magnolias also thrive on sandy soils and we have plenty in eastern North Carolina.

Another great reason to have them in the landscape is that they are extremely deer resistant. I’ve never heard of deer browsing southern magnolia trees. They don’t even touch the flowers even though they smell sweet.

Those huge white petals are not simply aromatic. They are edible, although they aren’t much of a treat when eaten raw. They make good spice for soups and sauces and are used like bay leaf. Some folks pickle the petals and report them to be quite good. I’ve never tried that. Flowers do make great potpourri which can be used fresh, dried or simmering.

Shiny foliage is utilized by floral designers for greenery. Flowers and fruits are also useful in dried arrangements. Some people refer to fruits as cones, but they are more correctly aggregates of follicles. True cones are found on pines, firs, spruces and other non-flowering trees called gymnosperms. Magnolia seeds are bright reddish orange and are poisonous. Don’t eat them.

Magnolia bark preparations are used medicinally for numerous ailments. It’s even a component of certain weight loss formulations. Magnolia contains anti-inflammatory compounds and also chemicals that reduce stress. They act somewhat as a sedative and this is what likely reduces appetite and promotes weight loss in some people. Magnolia is also used by herbalists to treat insomnia, anxiety and depression. Magnolia flower extracts are used as topical skin care treatments.

When taken internally, magnolia preparations interfere with most sedative medications. It’s also not a good idea to consume alcohol when using magnolia. Check with your health care professional if you take Valium, Ativan, Donnatal or Ambien. Interactions are likely.

Healthy magnolia I planted 11 years ago 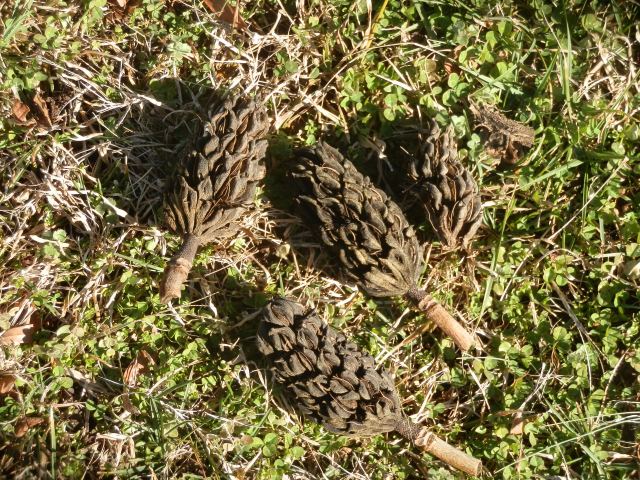 I grew up in Old Town Maine and got a B.S. at the University of Maine in Plant Sciences/ minor in Botany. From there I moved to West Virginia and earned a M.S. in Agronomy at WVU. I also met my wife there. She grew up in rural WV as the daughter of tenant farmers who raised cattle and hogs. Their lifestyle at times was one of subsistence and I learned a lot from them. I've always been a foraging buff, but combining my formal botanical knowledge with their practical 'Foxfire-type' background opened up my eyes a little more. I now teach agriculture to high school students at Northeastern High School in Elizabeth City, NC. My wife teaches with me and we make a great team. I also write a weekly nature/foraging column for the local paper (dailyadvance.com). I also have written several Christian nature/adventure novels that I plan to publish eventually. One is a five book family saga I call the 'Forgotten Virtues' series. In the first book, Never Alone, a young boy comes of age after his father dies in a plane crash, and he has to make it alone. Never Alone is now available in paperback, Kindle and Nook. The second book, Strange Courage, takes Carl from his High School graduation to his recovery from a nasty divorce. The third book, Second Chances, takes Carl from his ex-wife's death and the custody of his son to his heroic death at age 59. The fourth book, Promises Kept, depicts how his grandchildren react and adjust to his death. In the final book, Grandfather's Way, his youngest and most timid granddaughter emerges from the shadow of her overachieving family and accomplishes more in four months than most do in a lifetime. I use many foraging references with a lot of the plants I profile in these articles in those books.
View all posts by tedmanzer →
This entry was posted in foraging and tagged aggregate of follicles, broad-leaf evergreen tree, deer resistant, edible petals, fragrant white blooms, poisonous seeds, potpourri, reddish orange seeds, shiny foliage, Southern magnolia, thick canopy. Bookmark the permalink.