I wandered my yard on Thanksgiving Day and found the most obvious plants still green and growing I’d already featured in this column. Then I noticed a low growing annual herb that had to join the rest. I smiled since it doesn’t just have one weird common name. It has several.

Shiny cudweed ( Gnaphalum americanum), also called rabbit tobacco, has basal leaves that grow flat against the ground. This plant is also another member of the composite family. Foliage is white on the underside due to fine white hairiness, and the leaves have a smooth edge. Overall foliage color tends to be light green.

In spring stems elongate and plants are more distinct. Faint purple flowers are not very showy. They give way to fuzzy seeds as do many composites. Another related species sometimes found here is purple cudweed( Gnaphalum purpureum), which has pale

greenish purple leaves that seem to contrast more with their surroundings.

Shiny cudweed was introduced from South America and thrives on sandy soils. It tolerates a wide variety of light and pH levels and will grow on infertile sites. It’s common in the Southeastern US but is absent in much of the country.

A third and less peculiar common name for this plant is life everlasting, which implies it has medicinal value. Other bizarre names are fussy gussy, white sweet balsam, Indian posy and cats foot. Many different names often indicate many different uses. For centuries this invader of our landscapes has been consumed in different forms to treat a variety of ailments.

One method is to dry and smoke the leaves. Supposedly this will lessen the effects of the common cold and believe it or not, asthma. This use is probably where the tobacco reference came from. Early settlers and Native Americans consumed the herb this way. I suspect some people smoked it because they didn’t have the real thing and not specifically for medicinal reasons.

Inhaling smoke is not something most modern doctors would prescribe, but the plant is no relative of tobacco and contains no nicotine. Instead of inhaling the smoke, some people make a simmering potpourri to inhale vapors for this purpose.

My only experience has been to make tea out of the leaves.  Some commercial herbal teas contain it too. It’s widely accepted as helpful to treat cold symptoms too. The tea is useful as an expectorant and also soothes the mouth and throat. Some also use it for hay fever.

Several sources claim shiny cudweed can control insects and spiders. No special treatment other than drying is necessary. Plant material should be placed where pests frequent. Some even use it on the floor of birdcages and pet bedding. There wouldn’t be any danger from chemical residue, but my biggest concern would be dealing with the mess of dried leaves, stems and flowers everywhere.

If you consider this plant a weed and want it removed from your lawn, it’s not difficult to control. Most inexpensive general use broadleaf herbicides kill it, usually in a single application. 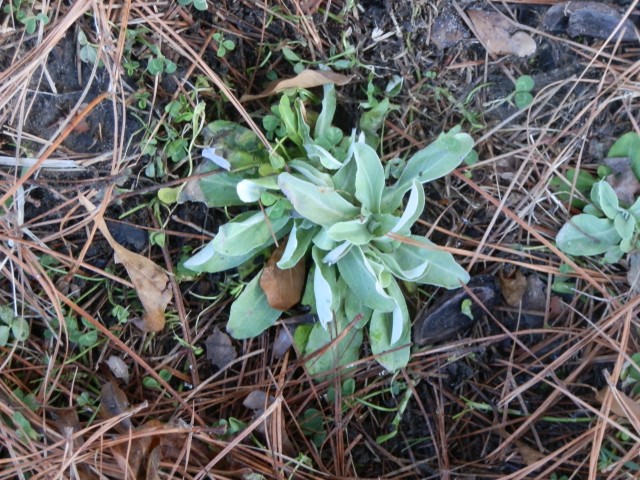 I grew up in Old Town Maine and got a B.S. at the University of Maine in Plant Sciences/ minor in Botany. From there I moved to West Virginia and earned a M.S. in Agronomy at WVU. I also met my wife there. She grew up in rural WV as the daughter of tenant farmers who raised cattle and hogs. Their lifestyle at times was one of subsistence and I learned a lot from them. I've always been a foraging buff, but combining my formal botanical knowledge with their practical 'Foxfire-type' background opened up my eyes a little more. I now teach agriculture to high school students at Northeastern High School in Elizabeth City, NC. My wife teaches with me and we make a great team. I also write a weekly nature/foraging column for the local paper (dailyadvance.com). I also have written several Christian nature/adventure novels that I plan to publish eventually. One is a five book family saga I call the 'Forgotten Virtues' series. In the first book, Never Alone, a young boy comes of age after his father dies in a plane crash, and he has to make it alone. Never Alone is now available in paperback, Kindle and Nook. The second book, Strange Courage, takes Carl from his High School graduation to his recovery from a nasty divorce. The third book, Second Chances, takes Carl from his ex-wife's death and the custody of his son to his heroic death at age 59. The fourth book, Promises Kept, depicts how his grandchildren react and adjust to his death. In the final book, Grandfather's Way, his youngest and most timid granddaughter emerges from the shadow of her overachieving family and accomplishes more in four months than most do in a lifetime. I use many foraging references with a lot of the plants I profile in these articles in those books.
View all posts by tedmanzer →
This entry was posted in foraging and tagged fine white hairiness, herbal tea, life everlasting, natural insecticide, rabbit tobacco, shiny cudweed, treating cold symptoms. Bookmark the permalink.