Tick-trefoil is a wildflower that will stick with you

There’s nothing like a nice brisk walk in the woods and fields in the fall. Leaves have developed their seasonal colors and some of the undergrowth has been singed by frost. Hiking is also more comfortable now that temperatures have dropped. The problem is that when you look down at your clothes you often find they are covered with little green triangles.

The plants are called tick-trefoil (Desmodium sp.). My father-in-law used to call them turkey peas, since wild turkeys and other game birds often ate them. These tiny pods are slightly less than a quarter inch long and they have tiny hooked hairs that adhere to most clothing. They are a real nuisance to remove. Ask anyone with a longhaired dog that likes to romp among the wildflowers.

These little hitchhikers are somewhat inconspicuous until you’ve tromped through a patch of them. You usually find tick-trefoil when you’re looking for something else. Sometimes it can be as frustrating as stepping in a big pile of fresh manure.

When in bloom tick-trefoil plants have sparse delicate pea-like flowers. These develop into short pods with triangular shaped segments. Botanists call these specialized pods loments and usually there are three or four segments per loment. Once mature they will attach onto anything that brushes against them.

Members of the bean family, these plants have leaves in threes near the ground that resemble bean foliage. Some might even say they favor poison ivy. These perennial herbs usually grow on woodland edges and can tolerate substantial shade and still fruit heavily. There are dozens of Desmodium species in North America and North Carolina is home to about twenty.

Flowers are usually sparse and don’t telegraph where they all originate, so plants camouflage into their surroundings well. Plants also flower over a long period of time, so seed set can be quite high even though bloom is seldom showy. Individual specimens are usually shorter than three feet tall.

Many Wildlife species like them. Most livestock eat them too and nutritive value of both foliage and seeds is quite good. Bumble bees hit the flowers hard when they’re in bloom, so pollination is usually efficient and seed set is good.

Plants often are more common on wet sites but they tolerate dry conditions well. Once plants establish they curb erosion quite efficiently. Roots develop nodules caused by Rhizobia bacteria, which provide plants with nitrogen for improved growth in areas of low fertility.

Plants aren’t poisonous, but they aren’t used for human food either. They are also rarely used in herbal extracts for medicinal use. Native Cherokee people once used them to treat periodontal problems. Patients chewed on the roots which helped reduce the pain and soothe their gums.

I see their value to the ecosystem, but I try to avoid them when I can. The problem is unless my mind is fixed on these unwanted guests I usually don’t notice them until they have found me first. Then I spread them along the countryside for all the wild creatures to enjoy. One thing is for sure. I’m not curtailing any nature walks just to avoid tromping through them. 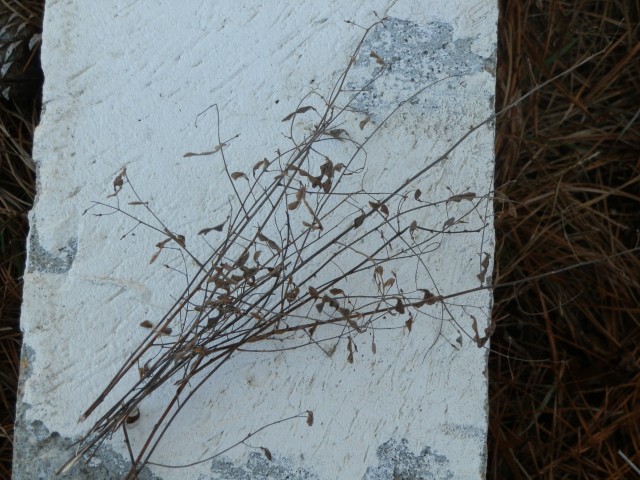 By late January most of the pods are gone. Those remaining are brown and desiccated. 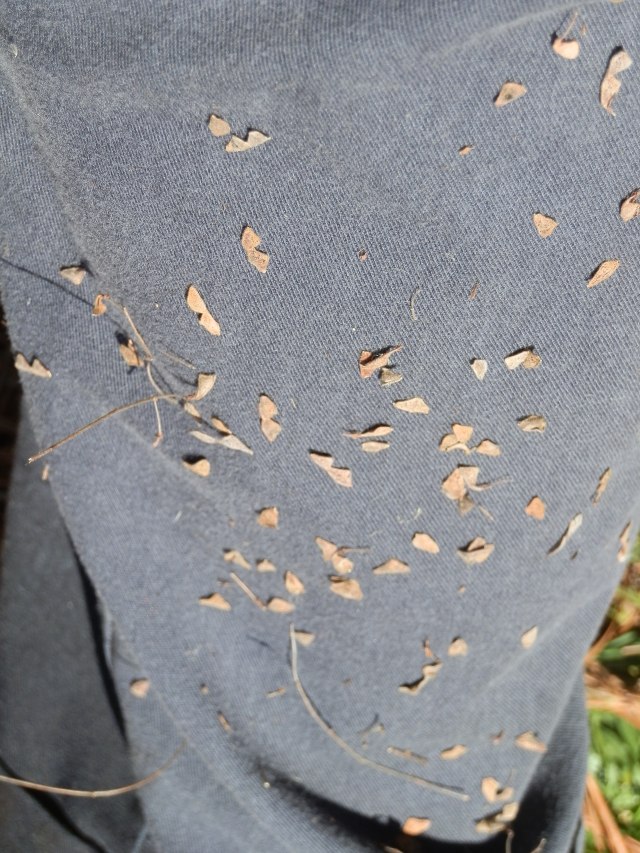 But they still stick to your clothes.

I grew up in Old Town Maine and got a B.S. at the University of Maine in Plant Sciences/ minor in Botany. From there I moved to West Virginia and earned a M.S. in Agronomy at WVU. I also met my wife there. She grew up in rural WV as the daughter of tenant farmers who raised cattle and hogs. Their lifestyle at times was one of subsistence and I learned a lot from them. I've always been a foraging buff, but combining my formal botanical knowledge with their practical 'Foxfire-type' background opened up my eyes a little more. I recently retired from teaching high school agriculture after 25 years teaching with my wife. Until recently I wrote a weekly nature/foraging column for the local paper (dailyadvance.com). I also have written several Christian nature/adventure novels that can be purchased on Amazon in Kindle format. One is a five book family saga I call the 'Forgotten Virtues' series. In the first book, Never Alone (presently out of print), a young boy comes of age after his father dies in a plane crash, and he has to make it alone. The second book, Strange Courage, takes Carl from his High School graduation to his recovery from a nasty divorce. The third book, Second Chances, takes Carl from his ex-wife's death and the custody of his son to his heroic death at age 59. The fourth book, Promises Kept, depicts how his grandchildren react and adjust to his death (this one is not yet published). In the final book, Grandfather's Way, his youngest and most timid granddaughter emerges from the shadow of her overachieving family and accomplishes more in four months than most do in a lifetime. I use many foraging references with a lot of the plants I profile in these articles in those books. I also wrote a romance novel titled Virginia. It is available on Amazon and is a different type of romance from a man's perspective.
View all posts by tedmanzer →
This entry was posted in foraging and tagged bean family, drought tolerant, legume, loments, nitrogen fixing, Rhizobium, Tick trefoil Desmodium, triangular shaped, wet sites, woodland edges. Bookmark the permalink.