St. Patrick’s Day is just around the corner and shamrocks abound. The problem is that people can’t agree what a shamrock is. If you research the topic you’ll find that shamrock means ‘small clover’, but when you search for shamrock images almost all show a leaf resembling wood sorrel (Oxalis) not a clover. People also argue whether it should be three leaflets or four.
This might seem trivial to most people, but to a botany enthusiast like me proper identification is important. Leaf edges of clovers are finely toothed and wood sorrels smooth edged ones. Leaflets are also roughly oval whereas those on wood sorrels are heart-shaped. Both are in separate families.
Flowers are different too. Clovers have tiny flowers in tight clusters forming ball-like inflorescences called umbels. Colors are white, pink, crimson or lilac. Hop clovers have yellow flower clusters. Wood sorrels have larger flowers with five petals that may be white, yellow or pink.
Nearly all botanists agree that the true shamrock is a clover, and most sources consider white clover to be the original shamrock. White clover (Trifollium repens) was brought here by European settlers and quickly established and naturalized throughout the continent. Native Americans called it ‘white man’s foot grass’ because the leaflets resembled toes and it was soft underfoot.
White clover is everywhere except on extremely acid soils, and it fixes its own nitrogen. It requires little or no fertilizer. White clover is genetically diverse with a plethora of natural ecotypes that adapt to different environments. All require good light and would not grow well indoors.
This is where the wood sorrels come in. Some folks insist shamrocks aren’t clovers. They even consider the heart-shaped leaves to be part of the folklore. Many species of Oxalis grow well indoors and are commonly called shamrocks. Most are either annuals or tender perennials. We have several perennial species that grow well here. They produce bulbs and are quite prolific.
Several Oxalis cultivars also have four leaflets instead of three. Many people think these four-leaf types are the true Irish shamrock, since they assume four-leaf clovers are lucky. Numerous people also attribute luck as an Irish trait and these four-leaf types fit in nicely.
According to most sources, true shamrocks have three leaflets. St. Patrick used them to symbolize the Holy Trinity. Why many symbols show four-leaf shamrocks is a mystery. Some say the fourth leaf stands for luck. Others insist it symbolizes God’s grace.
One thing’s for sure. If you find a four-leaf clover search that same plant and you’ll likely find another. It’s a mutation but the trait is genetic. You can impress your friends by finding several after encountering the first one. There’s no luck to finding them. Careful observation and patience is key.
As long as we’re exposing myths, St. Patrick couldn’t have driven the snakes from Ireland. Snakes never were native there. This was simply a metaphor for Christianity ridding Ireland of its former pagan ideology. Nobody received credit for driving snakes from New Zealand, and they have none either. 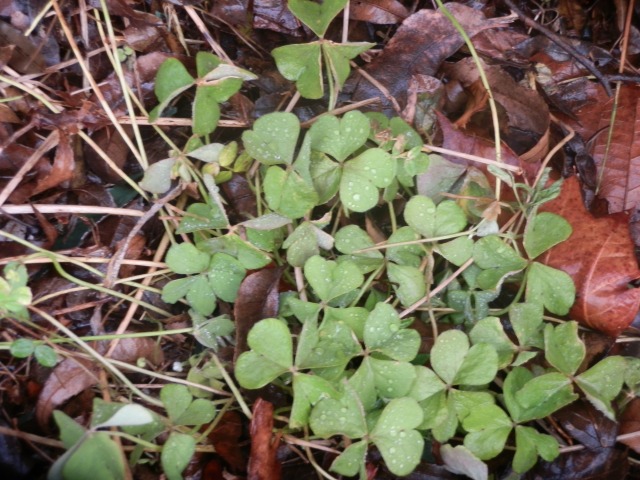 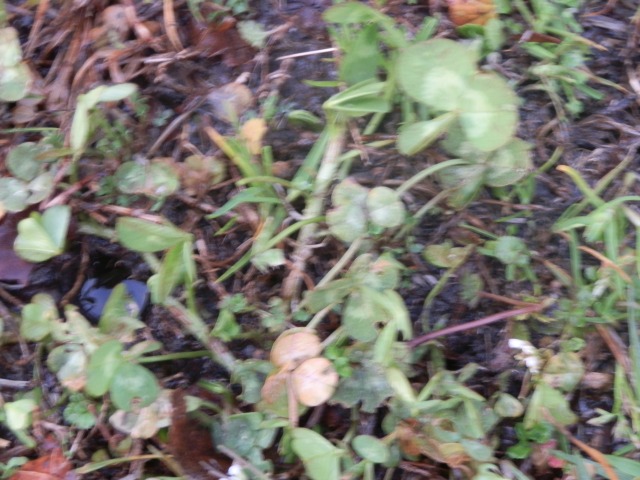 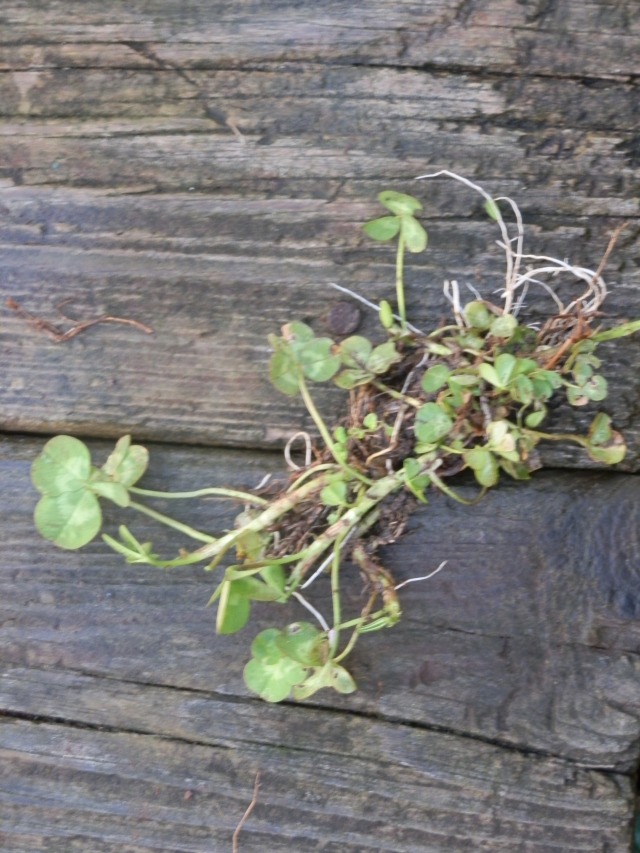 I grew up in Old Town Maine and got a B.S. at the University of Maine in Plant Sciences/ minor in Botany. From there I moved to West Virginia and earned a M.S. in Agronomy at WVU. I also met my wife there. She grew up in rural WV as the daughter of tenant farmers who raised cattle and hogs. Their lifestyle at times was one of subsistence and I learned a lot from them. I've always been a foraging buff, but combining my formal botanical knowledge with their practical 'Foxfire-type' background opened up my eyes a little more. I now teach agriculture to high school students at Northeastern High School in Elizabeth City, NC. My wife teaches with me and we make a great team. I also write a weekly nature/foraging column for the local paper (dailyadvance.com). I also have written several Christian nature/adventure novels that I plan to publish eventually. One is a five book family saga I call the 'Forgotten Virtues' series. In the first book, Never Alone, a young boy comes of age after his father dies in a plane crash, and he has to make it alone. Never Alone is now available in paperback, Kindle and Nook. The second book, Strange Courage, takes Carl from his High School graduation to his recovery from a nasty divorce. The third book, Second Chances, takes Carl from his ex-wife's death and the custody of his son to his heroic death at age 59. The fourth book, Promises Kept, depicts how his grandchildren react and adjust to his death. In the final book, Grandfather's Way, his youngest and most timid granddaughter emerges from the shadow of her overachieving family and accomplishes more in four months than most do in a lifetime. I use many foraging references with a lot of the plants I profile in these articles in those books.
View all posts by tedmanzer →
This entry was posted in foraging and tagged botanist, clover, Oxalis, shamrock, St. Patrick's Day, white clover, wood sorrel. Bookmark the permalink.

2 Responses to Shamrocks are confusing symbols