I recently attended a bonsai presentation by Julian Adams, a renowned authority. Mr. Adams stressed that the art of bonsai is not without extensive thought. Every cut, every wire, every drop of fertilizer and every pot must have a reason for its selection.

The art of bonsai is like life. Everything we do influences our next move. Planning is critical. Certain actions also produce predictable results.

Training plants to our desired growth outcome is not a quick process. Our lives are similarly molded by many experiences. We can’t expect to be an expert concert pianist or painter after just a few lessons any more than we can expect to turn a plant from our local garden center into a bonsai with a few strokes of our pruning shears.

Producing a bonsai with features of an old tree can be even tougher. Plants are living organisms. They are susceptible to attack from insects, fungi viruses and other environmental hazards. Proper lighting is sometimes difficult to control.

The serious bonsai artist has a goal in mind. Reaching it requires knowledge of how plants grow. Imagination and patience are critical, but one must also be observant and willing to modify the plan, at least temporarily.

Sometimes modifications are too severe and the plant may need to recuperate for a while in an environment that is less harsh. Occasionally it’s best to plant your bonsai in training back into the ground to recuperate.

The ultimate goal of the bonsai artist is to produce a miniature version of an old tree. To do that we must first visualize what an old tree looks like. The trunk must taper from a thick base to a thin top over a short distance. Trees don’t normally do that naturally or quickly.

Here’s where the horticultural knowledge comes in. We start with a partially trained plant which we’ll call a pre-bonsai. We don’t want to stunt its growth just yet. We want it to generate wood.

Every branch containing green leaves or needles produces food for the tree. This food is translocated downward in tissue called phloem. Eliminating too many lower branches will lessen the taper of the trunk, so we don’t want to do that. We want to concentrate growth near the base.

Once we decide that the tree’s shape has been modified sufficiently, the transformation from pre-bonsai to bonsai begins. Roots are pruned and the specimen is transferred into a smaller pot with a lower profile. Some of those lower branches that helped generate the thick trunk are now removed too.

The bonsai artist selects which branches should remain and they can be trained with wire. Copper wire works best. Individual buds are selected which also can produce a dwarfing effect. Needles can be clipped and shortened. At this point the growth rate has been slowed and the bonsai requires frequent observation.

One thing Adams stressed was that while it is important to understand the concepts that determine plant growth, bonsai is an art and the ultimate judge is the owner. That piece of artwork is your creation and your satisfaction is the most important element. Sounds like life to me. 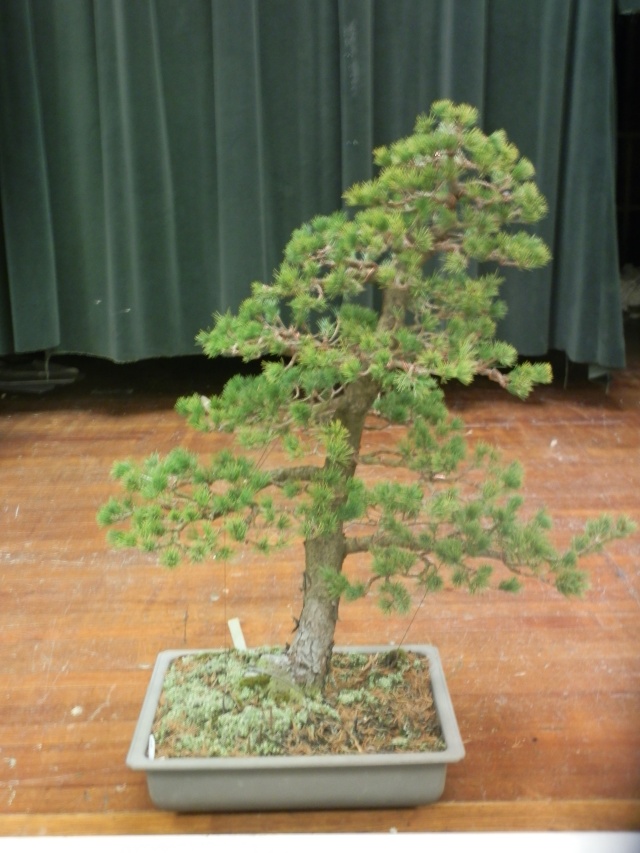 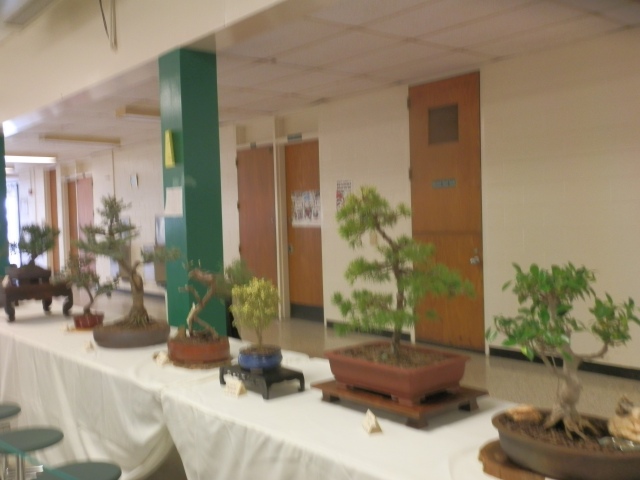 I grew up in Old Town Maine and got a B.S. at the University of Maine in Plant Sciences/ minor in Botany. From there I moved to West Virginia and earned a M.S. in Agronomy at WVU. I also met my wife there. She grew up in rural WV as the daughter of tenant farmers who raised cattle and hogs. Their lifestyle at times was one of subsistence and I learned a lot from them. I've always been a foraging buff, but combining my formal botanical knowledge with their practical 'Foxfire-type' background opened up my eyes a little more. I recently retired from teaching high school agriculture after 25 years teaching with my wife. Until recently I wrote a weekly nature/foraging column for the local paper (dailyadvance.com). I also have written several Christian nature/adventure novels that can be purchased on Amazon in Kindle format. One is a five book family saga I call the 'Forgotten Virtues' series. In the first book, Never Alone (presently out of print), a young boy comes of age after his father dies in a plane crash, and he has to make it alone. The second book, Strange Courage, takes Carl from his High School graduation to his recovery from a nasty divorce. The third book, Second Chances, takes Carl from his ex-wife's death and the custody of his son to his heroic death at age 59. The fourth book, Promises Kept, depicts how his grandchildren react and adjust to his death (this one is not yet published). In the final book, Grandfather's Way, his youngest and most timid granddaughter emerges from the shadow of her overachieving family and accomplishes more in four months than most do in a lifetime. I use many foraging references with a lot of the plants I profile in these articles in those books. I also wrote a romance novel titled Virginia. It is available on Amazon and is a different type of romance from a man's perspective.
View all posts by tedmanzer →
This entry was posted in Uncategorized and tagged bonsai, copper wire, dwarfing effect, frequent observation, horticultural knowledge, Julian Adams, miniature old tree, pre-bonsai. Bookmark the permalink.

2 Responses to Bonsai artists are patient, persistent and observant