Hummingbirds can be lured to shady places

I’ll cover the annuals first. My favorite two flowers are wishbone plant (Torenia fournieri ) and monkey flower, both underused around here in my opinion. Lobelia is another and also a good hummingbird attractor, but its best bloom is in spring or fall, and the birds aren’t as numerous then.

Wishbone plant is often referred to by its Generic name of Torenia. It has tubular tricolored flowers that are usually white, yellow and either red, pink or purple. Some varieties trail and others grow upright. Afternoon shade is critical for this one. Direct hot sun will wipe it out.

Monkey flower (Mimulus sp.) is an impressive bloomer for shady spots. Flowers are generally yellow or orange and showy. They somewhat resemble large snapdragons. Plants are desired by hummingbirds but despised by deer. That’s a desirable trait as deer are a major problem, especially in shade, where they have more cover.

On the perennial side, two plants that immediately come to mind are columbine and coral bells. Both grow well in shady places and both are butterfly and hummingbird magnets.

Columbine (Aquilegia sp.)  comes in different colors. Many are bicolored. Flowers have a distinctive nectar spur, much like nasturtiums do. Foliage is somewhat clover like. Further north these plants tolerate significantly more sunlight. Here in eastern North Carolina they must have afternoon shade.

Gardeners with shady places should have coral bells (Heuchera sp.). These are durable perennials that hold their own but don’t crowd out other plants. Butterflies love them and hummingbirds flock to them.

The funny thing is that coral bell flowers are neither large nor showy. Coral bells are normally grown for their colorful geranium-like foliage, but the flowers are great for attracting pollinators. Plants grow well in shade but also handle sun pretty well.

The variety of shade loving shrubs that attract hummingbirds is thin. Azaleas grow well here and they attract hummingbirds pretty effectively. The problem is that they don’t have a long blooming season. Re-blooming cultivars like the Encore series have lessened this problem, but plants still don’t bloom in summer. Rhododendrons are great hummingbird attractors, but they have the same problem and don’t grow well around here.

Hydrangeas attract hummingbirds and there are many types to choose from. The climbing types have white flowers and do very well in afternoon shade. Oak leaf hydrangea is another white blooming variety. It’s quite drought tolerant and will grow well in sunny spots. 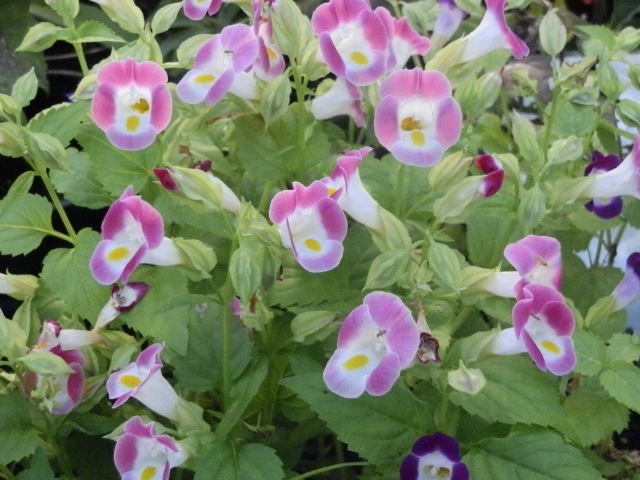 I grew up in Old Town Maine and got a B.S. at the University of Maine in Plant Sciences/ minor in Botany. From there I moved to West Virginia and earned a M.S. in Agronomy at WVU. I also met my wife there. She grew up in rural WV as the daughter of tenant farmers who raised cattle and hogs. Their lifestyle at times was one of subsistence and I learned a lot from them. I've always been a foraging buff, but combining my formal botanical knowledge with their practical 'Foxfire-type' background opened up my eyes a little more. I recently retired from teaching high school agriculture after 25 years teaching with my wife. Until recently I wrote a weekly nature/foraging column for the local paper (dailyadvance.com). I also have written several Christian nature/adventure novels that can be purchased on Amazon in Kindle format. One is a five book family saga I call the 'Forgotten Virtues' series. In the first book, Never Alone (presently out of print), a young boy comes of age after his father dies in a plane crash, and he has to make it alone. The second book, Strange Courage, takes Carl from his High School graduation to his recovery from a nasty divorce. The third book, Second Chances, takes Carl from his ex-wife's death and the custody of his son to his heroic death at age 59. The fourth book, Promises Kept, depicts how his grandchildren react and adjust to his death (this one is not yet published). In the final book, Grandfather's Way, his youngest and most timid granddaughter emerges from the shadow of her overachieving family and accomplishes more in four months than most do in a lifetime. I use many foraging references with a lot of the plants I profile in these articles in those books. I also wrote a romance novel titled Virginia. It is available on Amazon and is a different type of romance from a man's perspective.
View all posts by tedmanzer →
This entry was posted in general nature and tagged Aquilegia, Azalea, Columbine, coral bells, Encore, Heuchera, hummingbirds, Hydrangea, Lobelia, Mimulus, monkey flower, Rhododendron, shade loving plants, Torenia fournieri, wishbone plant. Bookmark the permalink.