I like to spend a few weeks in the summer on Big Lake in down east Maine. At night intermingled with the ring of hungry mosquitoes, loons call to each other. I love that eerie sound.

Loons are migratory waterfowl that look somewhat like large ducks. They have pointed bills, bright red eyes and black and white plumage in exquisite speckled patterns. They’re beautiful birds and can be seen in modest numbers near the North Carolina coast in the winter. Winter feathers are not as bright and contrasting. They have more of a gray cast. Eyes turn gray in winter too.

The eerie call is only heard in their summer range. I’ve seen them but never heard them call around here. Young loons usually stay in their southern range for at least another year.

Often they may stay for two or three years, so we do have a few loons around here in summer. They don’t develop that characteristic contrasting plumage until they are mature which may take as much as six years.

Loons are truly unique. Most birds have hollow bones that make it easier for them to fly. Loons have solid bones like we do. This makes them excellent divers. They have been known to reach depths exceeding 200 feet. They also can hold their breath for several minutes.

Because of their solid bones they sometimes take a long time achieving flight. I’ve seen them run on top of the water for 200 yards or more before becoming airborne. Once in the air they are fast flyers. Loons have been clocked at over 80 mph.

Being heavy birds, they are unable to soar or glide. Consequently they must look for bodies of water and they can’t afford to land some place where there is not good water for takeoff. Wind can be critical too.

Feather preening is very important for loons. If only a few feathers are damaged, birds may have trouble staying aloft. Loons usually completely molt in winter, hence the different color. When they reach their summer home they will change colors again and become that characteristic black and white.

They are also spectacular fishermen. I always look for them when I’m bass fishing up in Maine. Where there are loons there will be fish.

Unfortunately, sometimes they will attack lures. I caught a loon several years ago and had quite a time freeing it while still managing to keep all but the hook of my lure. The poor guy beat the daylights out of me with his wings, but I managed to cut the hook as well as tangled line and free him. I thought for a minute that sharp pointed beak might get me, but he bolted as soon as the hook snapped.

Loons usually hatch two chicks and carry their young on their backs. Both parents play active roles raising the chicks. It’s fun to watch them teach their babies how to fish. Both parents make quite a team.

Eagle pairs make great hunting teams too. Two years ago I watched a pair of loons try to defend their family against a pair of bald eagles. Though the adults weren’t hurt, both loon babies were taken. It was sad to watch, but that’s how nature is sometimes. 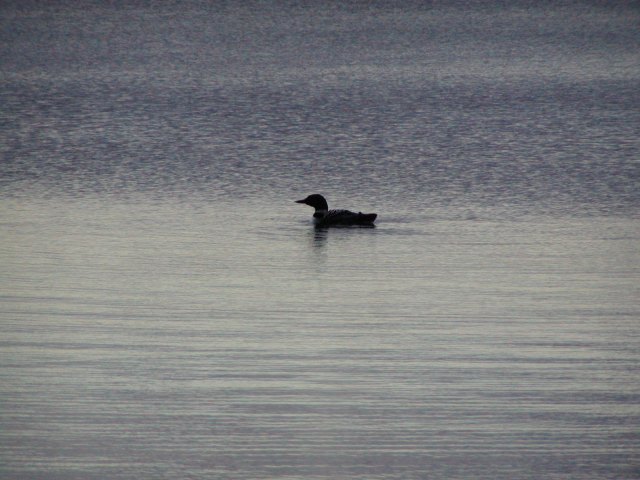 I grew up in Old Town Maine and got a B.S. at the University of Maine in Plant Sciences/ minor in Botany. From there I moved to West Virginia and earned a M.S. in Agronomy at WVU. I also met my wife there. She grew up in rural WV as the daughter of tenant farmers who raised cattle and hogs. Their lifestyle at times was one of subsistence and I learned a lot from them. I've always been a foraging buff, but combining my formal botanical knowledge with their practical 'Foxfire-type' background opened up my eyes a little more. I now teach agriculture to high school students at Northeastern High School in Elizabeth City, NC. My wife teaches with me and we make a great team. I also write a weekly nature/foraging column for the local paper (dailyadvance.com). I also have written several Christian nature/adventure novels that I plan to publish eventually. One is a five book family saga I call the 'Forgotten Virtues' series. In the first book, Never Alone, a young boy comes of age after his father dies in a plane crash, and he has to make it alone. Never Alone is now available in paperback, Kindle and Nook. The second book, Strange Courage, takes Carl from his High School graduation to his recovery from a nasty divorce. The third book, Second Chances, takes Carl from his ex-wife's death and the custody of his son to his heroic death at age 59. The fourth book, Promises Kept, depicts how his grandchildren react and adjust to his death. In the final book, Grandfather's Way, his youngest and most timid granddaughter emerges from the shadow of her overachieving family and accomplishes more in four months than most do in a lifetime. I use many foraging references with a lot of the plants I profile in these articles in those books.
View all posts by tedmanzer →
This entry was posted in general nature and tagged Common loon, deep divers, eerie sound, fast fliers, heavy birds, solid bones, summer range, winter range. Bookmark the permalink.