Posted on September 5, 2019 by tedmanzer

Now that fall is here, take a walk along the roadsides and you’ll see them popping up everywhere. Clusters of stems with reddish flowers and no leaves seem to come from nowhere. Sometimes we see them where an old homestead was. Occasionally they are near the edge of a ditch. Native to Japan, these naturalize extremely well.

Most people call them surprise lilies (Lycoris squamigera). Others refer to them as spider lilies or naked ladies. Some even call them hurricane lilies as they bloom during hurricane season, especially after strong rains.

In winter to early spring clusters of leaves similar to but smaller than daffodils emerge. Many people don’t notice since daffodils and other spring bulbs are up then. After a few weeks, this foliage dies, but in late summer flower stems appear and the plant continues its lifecycle. Flowers usually bloom for two to three weeks and are about 12 to 18 inches tall.

Bulbs might remind one of small daffodil or Amaryllis bulbs. Usually bulbs are about eight inches deep in the soil, so they aren’t readily pulled up by animals. This is good as the bulbs contain the alkaloid lycorine which is poisonous, but less concentrated than in daffodils.

Some people use the bulbs internally for medicine, but they treat them to leach out the toxin. Their primary medicinal use is as a topical treatment for burns, but they aren’t really a major player in the herbal industry.

I consider them somewhat of a grand finale for the perennial garden. When everything else is waning, they push out of the ground and explode with color. They have a certain tropical appearance. I think they can find a use somewhere in every landscape and their adaptability makes that possible.

Plant a bunch in a bed of ivy, periwinkle or other low ground cover and they will bring the bed alive in the fall. They’re also great in between shrubs in foundation plantings.

Primarily considered a full sun perennial, I see individual clumps thrive in dense shade. They tolerate wet and dry soils. Plants prefer a slightly alkaline pH but will grow in all but the most acidic environments. Deer even leave them alone.

Maintenance is basically zero. Spring foliage is far less noticeable and objectionable than that of daffodils and it blends in with other plants. When leaves die back, they shrivel up. There is no great need to clean them out of the bed.

Their only real drawback is that the flowering season is relatively short. Of course, dogwood, flowering cherry, quince and crabapple and many other trees and shrubs also have short showy seasons. Most irises don’t bloom very long either. Sometimes a short span of impact makes them worth it. Surprise lilies are worth it.

When flowering is over, cut back the stems or let them die naturally. There’s no need to try to keep them alive like you should with daffodils, tulips and hyacinths. Leaves will come later to fortify the bulbs. Sit back and enjoy the surprise of the spider lily. 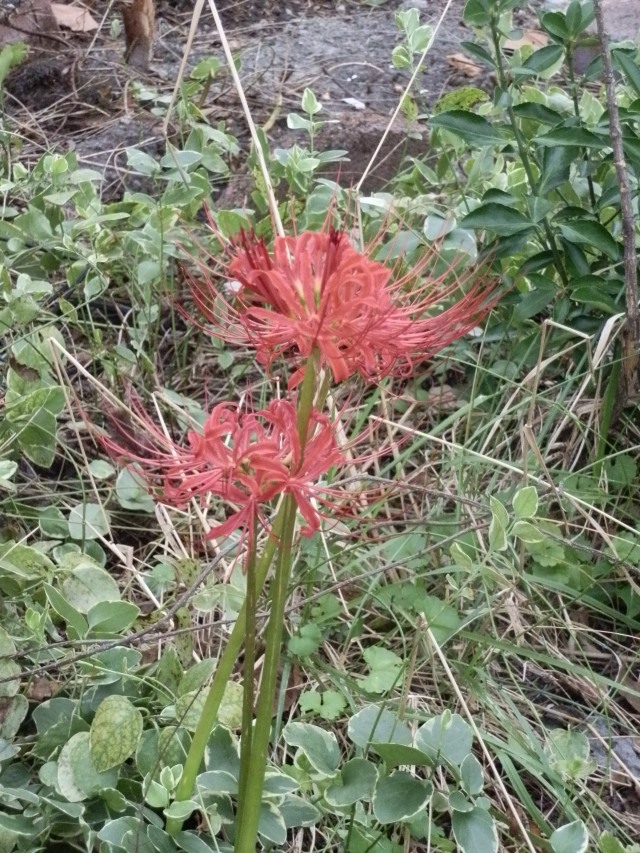 Hurricane lily on the eve of Hurricane Dorian 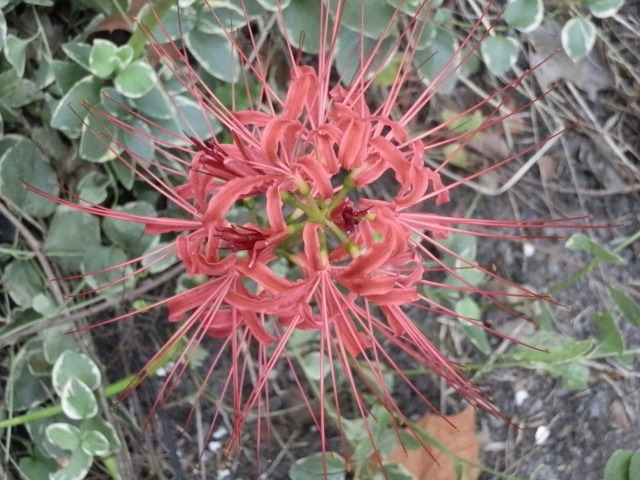 I grew up in Old Town Maine and got a B.S. at the University of Maine in Plant Sciences/ minor in Botany. From there I moved to West Virginia and earned a M.S. in Agronomy at WVU. I also met my wife there. She grew up in rural WV as the daughter of tenant farmers who raised cattle and hogs. Their lifestyle at times was one of subsistence and I learned a lot from them. I've always been a foraging buff, but combining my formal botanical knowledge with their practical 'Foxfire-type' background opened up my eyes a little more. I now teach agriculture to high school students at Northeastern High School in Elizabeth City, NC. My wife teaches with me and we make a great team. I also write a weekly nature/foraging column for the local paper (dailyadvance.com). I also have written several Christian nature/adventure novels that I plan to publish eventually. One is a five book family saga I call the 'Forgotten Virtues' series. In the first book, Never Alone, a young boy comes of age after his father dies in a plane crash, and he has to make it alone. Never Alone is now available in paperback, Kindle and Nook. The second book, Strange Courage, takes Carl from his High School graduation to his recovery from a nasty divorce. The third book, Second Chances, takes Carl from his ex-wife's death and the custody of his son to his heroic death at age 59. The fourth book, Promises Kept, depicts how his grandchildren react and adjust to his death. In the final book, Grandfather's Way, his youngest and most timid granddaughter emerges from the shadow of her overachieving family and accomplishes more in four months than most do in a lifetime. I use many foraging references with a lot of the plants I profile in these articles in those books.
View all posts by tedmanzer →
This entry was posted in general nature. Bookmark the permalink.

1 Response to Surprise – They’re back