Hop Hornbeam is a curious native tree with hard wood

Nearly everyone wants to know about native trees. Hop hornbeam (Ostrya virginiana) is a member of the birch family and is quite adaptable around here. It gets its name because its clusters of seeds look like the hops used to make beer. It is no relation to true hops at all.

Hop hornbeams generally grow 25 to 50 feet tall. They tolerate shade well but also thrive in the sun. Trees can grow in a wide variety of soils but prefer a moist environment when young. Once established they tolerate drought well and can grow in extremely acid soils to mildly alkaline ones.

These birch relatives usually develop vase shaped canopies when growing in partial to full shade. If established in the sun tree branch spread is often wider than tall. They make great specimen trees for courtyards.

Leaves have a distinctive toothed margin referred to as doubly serrated. Sharply pointed teeth are of two sizes. As trees develop the bark becomes light grayish brown and slightly shredded into vertical strips.

Trees have two types of flowers on the same plant. Male flowers look like green caterpillars at the tips of branches. Female ones are in clusters and have a pink tinge to them.

Fruits develop into balloon-like capsules and gradually begin to look like hops. These hop-like seeds can be quite interesting and persist well into the fall and winter. Fall foliage is yellow and makes a nice contrast to most other landscape plants.

One factor that renders them less attractive for landscape use is that they have a strong taproot. This can make them difficult to transplant successfully. Trees are slow growing, but they have a long lifespan. This makes them desirable for landscaping, at least for the client.

Despite their hard wood, hop hornbeams are rarely used as timber trees. Often the wood has specialty uses though. Its hardness is prized for tool handles or walking canes.

Wildlife generally won’t bother these trees. Birds normally don’t eat the seeds until nothing else is left and browsing animals like deer and rabbits don’t like the foliage either.

These trees have little value as human food either. You’d probably burn more calories separating the seeds from their covering than are in the seeds, themselves. However, seeds are not poisonous.

I’ve yet to find hop hornbeam in any local nurseries but I wouldn’t be surprised to find it soon. Natives are all the rage right now and usually some enterprising soul is ready and willing to take advantage of situations like that. That’s one thing that makes America great.

Hop hornbeam branch with lots of fruit on it 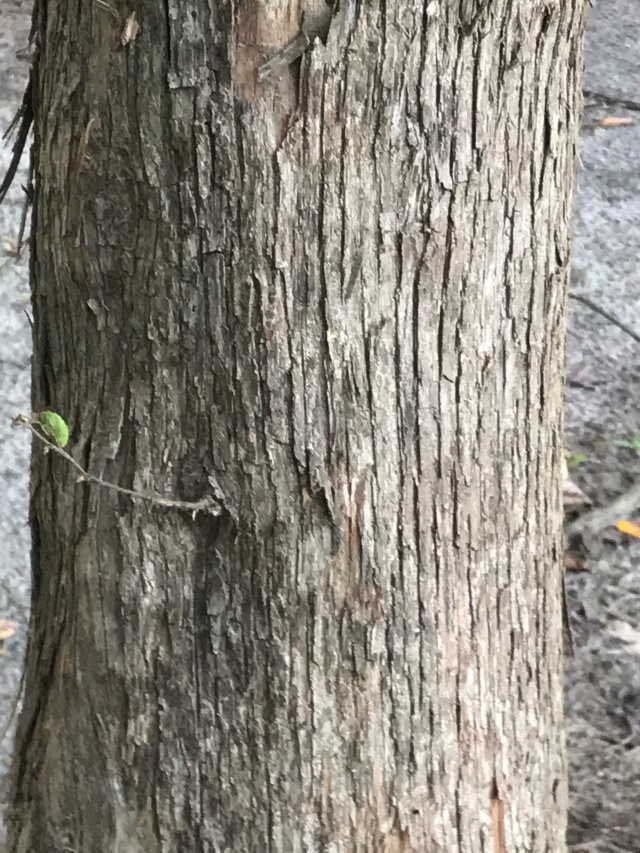 I grew up in Old Town Maine and got a B.S. at the University of Maine in Plant Sciences/ minor in Botany. From there I moved to West Virginia and earned a M.S. in Agronomy at WVU. I also met my wife there. She grew up in rural WV as the daughter of tenant farmers who raised cattle and hogs. Their lifestyle at times was one of subsistence and I learned a lot from them. I've always been a foraging buff, but combining my formal botanical knowledge with their practical 'Foxfire-type' background opened up my eyes a little more. I recently retired from teaching high school agriculture after 25 years teaching with my wife. Until recently I wrote a weekly nature/foraging column for the local paper (dailyadvance.com). I also have written several Christian nature/adventure novels that can be purchased on Amazon in Kindle format. One is a five book family saga I call the 'Forgotten Virtues' series. In the first book, Never Alone (presently out of print), a young boy comes of age after his father dies in a plane crash, and he has to make it alone. The second book, Strange Courage, takes Carl from his High School graduation to his recovery from a nasty divorce. The third book, Second Chances, takes Carl from his ex-wife's death and the custody of his son to his heroic death at age 59. The fourth book, Promises Kept, depicts how his grandchildren react and adjust to his death (this one is not yet published). In the final book, Grandfather's Way, his youngest and most timid granddaughter emerges from the shadow of her overachieving family and accomplishes more in four months than most do in a lifetime. I use many foraging references with a lot of the plants I profile in these articles in those books. I also wrote a romance novel titled Virginia. It is available on Amazon and is a different type of romance from a man's perspective.
View all posts by tedmanzer →
This entry was posted in general nature and tagged deer and rabbit resistant, hard wood, high quality charcoal, hop hornbeam, landscape potential, native tree, Ostrya virginiana, resistant to storm damage. Bookmark the permalink.