Both have beautiful petunia-like flowers. Both are aggressive vines. Both are in the sweet potato family. Both are a menace in crop fields, and both invade non-crop areas.

Annual morning glories are a very close relative to the commercial sweet potato. They are both in the genus Ipomoea. Morning glories produce large quantities of seed. Sweet potatoes rarely do.

Keeping morning glory seed from dissipating usually solves the weed problem. However, these aggressive but beautiful vines usually don’t play nice. They will cover anything that doesn’t move. Fortunately, once a good frost hits a plant, it’s gone. Sometimes simply lower night temperatures and higher humidity is enough for foliar diseases to set in and do the trick.

Bindweed is another story. It’s a perennial with an aggressive root and rhizome system. This weed can reduce crop yields by more than half. It’s not easily chemically eradicated either. Many herbicides that will kill it will also harm crop plants. Problems are the same in flower gardens.

In broadleaf crops like soybeans, cotton, potatoes and sweet potatoes control is especially challenging. If crops are harvested with some potential growing season left, control is more promising. Treatment with a broadleaved systemic herbicide or a non-selective systemic like glyphosate can begin to destroy the underground parts of the plant.

Control is a little easier in grasses like wheat and corn. Broadleaf herbicides won’t hurt these crops and eventually bindweed can be controlled. Killing plants before they go to seed is important too. A single plant can produce over 500 seeds and each one can potentially remain dormant for decades.

Vines with white funnel shaped flowers and leaves shaped like arrowheads must be stopped as soon as possible. The vines with bright colored flowers aren’t as problematic.

Reducing crop yields and destroying landscaping aren’t the only reasons to control these two vines. Both contain toxic alkaloids that are poisonous to livestock. Usually livestock won’t eat them, but that’s not ideal either. Weeds that are unpalatable to livestock will usually spread through a pasture.

Seeds are toxic too. They also contain alkaloids and other toxic substances. Some folks like to experiment with them. They shouldn’t any more than they should sample poisonous destroying angel fungi. When I was in college some people ate or smoked morning glory seeds. It’s a good way to get yourself killed.

Even the stems have chemicals that can be sensitive to some people. Therefore, it’s a good idea to wash your hands and arms thoroughly after cleaning up morning glory or bindweed vines. I’ve heard this sensitivity is rare, but why play with fire.

I’ve been hesitant to write about plants that might make people sick or worse. However, I’ve received inquiries about nefarious uses of morning glories and I wanted to set the record straight. People should be wary of things they read on the internet. One stupid experiment can ruin or end your life. 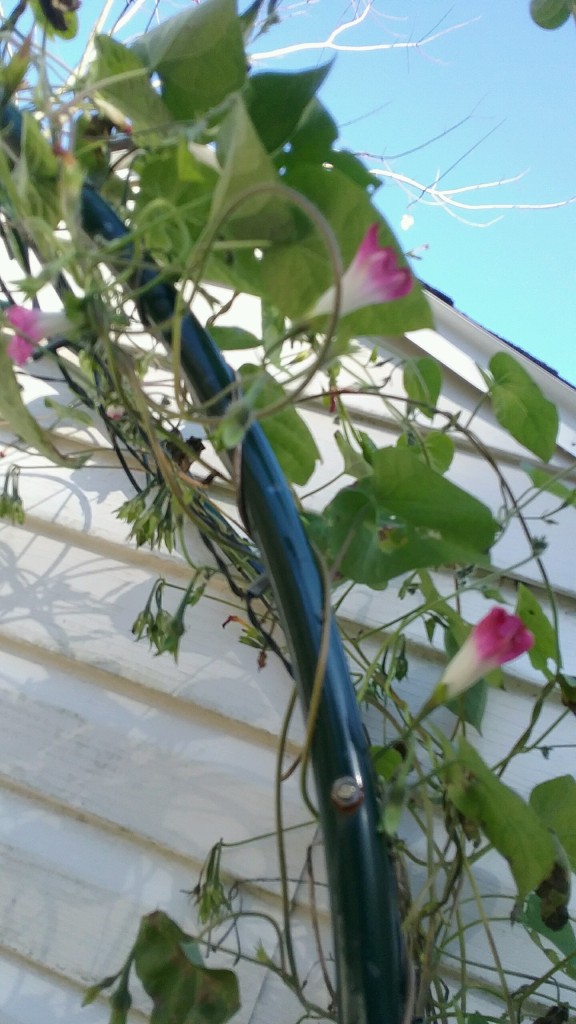 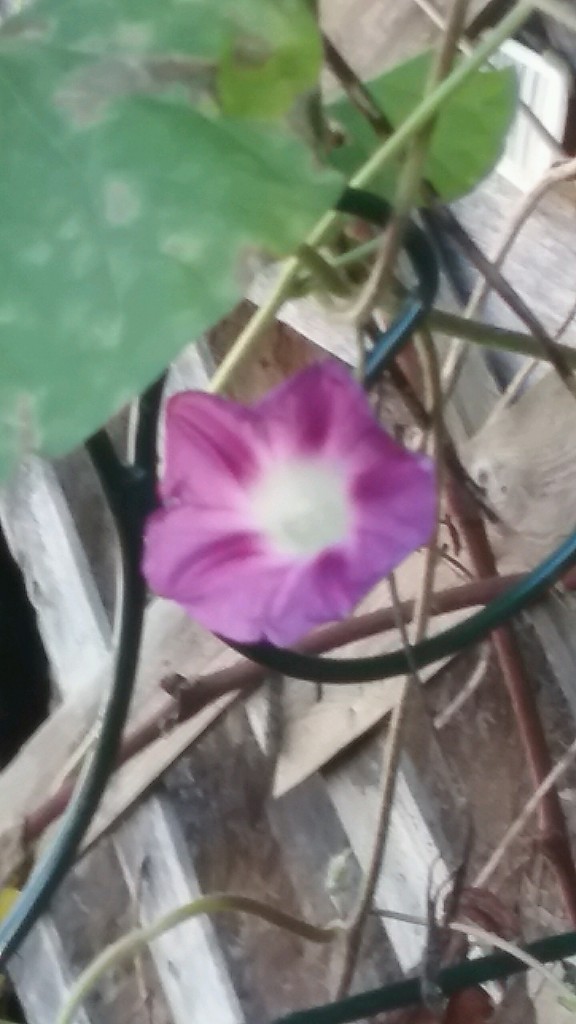 I grew up in Old Town Maine and got a B.S. at the University of Maine in Plant Sciences/ minor in Botany. From there I moved to West Virginia and earned a M.S. in Agronomy at WVU. I also met my wife there. She grew up in rural WV as the daughter of tenant farmers who raised cattle and hogs. Their lifestyle at times was one of subsistence and I learned a lot from them. I've always been a foraging buff, but combining my formal botanical knowledge with their practical 'Foxfire-type' background opened up my eyes a little more. I now teach agriculture to high school students at Northeastern High School in Elizabeth City, NC. My wife teaches with me and we make a great team. I also write a weekly nature/foraging column for the local paper (dailyadvance.com). I also have written several Christian nature/adventure novels that I plan to publish eventually. One is a five book family saga I call the 'Forgotten Virtues' series. In the first book, Never Alone, a young boy comes of age after his father dies in a plane crash, and he has to make it alone. Never Alone is now available in paperback, Kindle and Nook. The second book, Strange Courage, takes Carl from his High School graduation to his recovery from a nasty divorce. The third book, Second Chances, takes Carl from his ex-wife's death and the custody of his son to his heroic death at age 59. The fourth book, Promises Kept, depicts how his grandchildren react and adjust to his death. In the final book, Grandfather's Way, his youngest and most timid granddaughter emerges from the shadow of her overachieving family and accomplishes more in four months than most do in a lifetime. I use many foraging references with a lot of the plants I profile in these articles in those books.
View all posts by tedmanzer →
This entry was posted in general nature and tagged climbing vines, destroy landscaping, field bindweed convolvulus arvensis, Ipomoea, morning glory, poisonous to livestock, reduced crop yields, sweet potato family, toxic seeds. Bookmark the permalink.