Cilantro is a versatile herb with a long history

It’s been cultured for at least 5000 years. Many Egyptian tombs contain seeds of this herb. That’s likely because the seeds were considered some type of aphrodisiac.

Interestingly, when discussing its seeds, they are usually referred to as coriander. I don’t know why this is, but I think it has something to do with coriander’s Spanish translation as well as the genus name.

Cilantro’s botanical origin is generally considered to be in the Mediterranean region, but it has been grown and used in China for centuries. It was also one of the first herbs to be brought to the Americas, and it soon became part of Mexican and Central American cuisine.

This herb is one of the most widely distributed and used plants in the world. It is a component of cuisines from all over the world. All parts of the plant are edible. They are eaten both raw and cooked. Sometimes oils are extracted from the seeds.

Cilantro is unique among herbs in that the foliage and the seeds have no similar flavor. I use chopped celery or celery seed interchangeably to acquire the desired flavor, but that doesn’t work with cilantro.

Cilantro or coriander seeds have a citrusy smell and taste, while foliage has a musky smell and only a slight hint of citrus flavor. Some even consider it soapy. That’s a genetic taste trait. I’ve heard many folks claim they like coriander spice but hate cilantro.

Cilantro grows best in near neutral well-drained soils. Plants thrive in full sun, but they tolerate shade. They can even be grown in a sunny window indoors. Plants are annuals, but they self-seed, so replanting the following season is sometimes unnecessary.

Cilantro plants usually grow one to two feet tall and can be cut frequently. They tolerate summer heat but grow best in spring and fall. Blossoms attract bees and other pollinators.

Like many herbs, cilantro is prone to attack from aphids and other soft-bodied insects like thrips and spider mites. Usually washing plants off with mild dish detergent will solve the problem.

Cilantro is a generous source of antioxidant chemicals. Like many other spices, it also can help preserve food. It has anti-fungal and anti-bacterial properties.

Herbalists claim many benefits from consuming cilantro. Among them are reducing swelling and inflammation of arthritis, better bone health, improving digestion, reducing bad cholesterol and blood sugar levels and improving vision and eyestrain. I assume the latter is due to the carotenoid antioxidants.

I guess it all boils down to whether you like the taste of cilantro to determine if you use it in cooking. I consider it indispensable in salsa and guacamole. I’m also not among the folks that consider the flavor soapy.

As far as preserving cilantro, I’m not a fan. It’s fresh or nothing. Dried cilantro has only a fraction of the flavor, so I consider it a waste of time to dry it. Pureeing and freezing it is an option though. 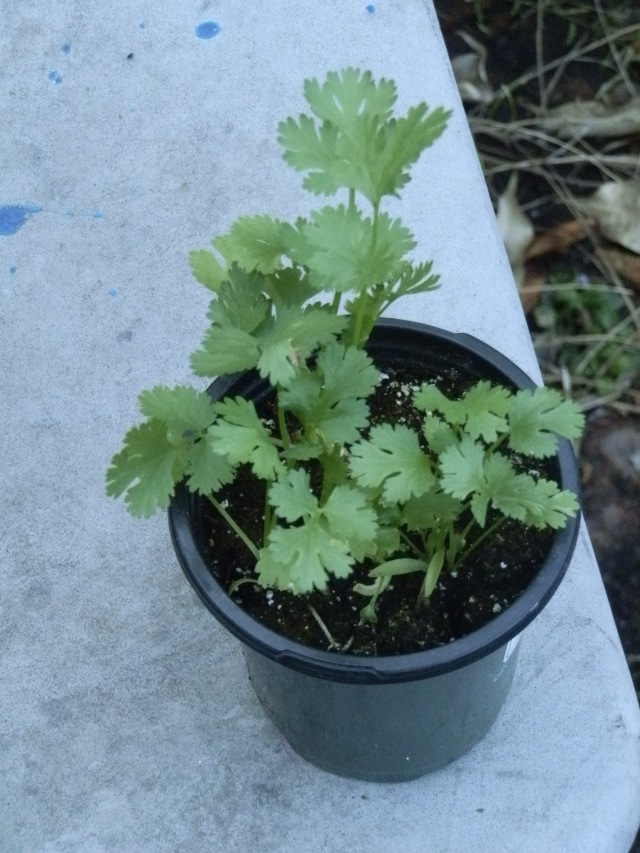 I grew up in Old Town Maine and got a B.S. at the University of Maine in Plant Sciences/ minor in Botany. From there I moved to West Virginia and earned a M.S. in Agronomy at WVU. I also met my wife there. She grew up in rural WV as the daughter of tenant farmers who raised cattle and hogs. Their lifestyle at times was one of subsistence and I learned a lot from them. I've always been a foraging buff, but combining my formal botanical knowledge with their practical 'Foxfire-type' background opened up my eyes a little more. I recently retired from teaching high school agriculture after 25 years teaching with my wife. Until recently I wrote a weekly nature/foraging column for the local paper (dailyadvance.com). I also have written several Christian nature/adventure novels that can be purchased on Amazon in Kindle format. One is a five book family saga I call the 'Forgotten Virtues' series. In the first book, Never Alone (presently out of print), a young boy comes of age after his father dies in a plane crash, and he has to make it alone. The second book, Strange Courage, takes Carl from his High School graduation to his recovery from a nasty divorce. The third book, Second Chances, takes Carl from his ex-wife's death and the custody of his son to his heroic death at age 59. The fourth book, Promises Kept, depicts how his grandchildren react and adjust to his death (this one is not yet published). In the final book, Grandfather's Way, his youngest and most timid granddaughter emerges from the shadow of her overachieving family and accomplishes more in four months than most do in a lifetime. I use many foraging references with a lot of the plants I profile in these articles in those books. I also wrote a romance novel titled Virginia. It is available on Amazon and is a different type of romance from a man's perspective.
View all posts by tedmanzer →
This entry was posted in foraging and tagged annual herb, anti-bacterial, anti-fungal, antioxidant chemicals, cilantro coriander, Coriandrum sativum, cut frequently, full sun, medicinal herb. Bookmark the permalink.