Few lawn weeds are despised as much as broadleaf plantain (Plantago major). Maybe we should hold our contempt a little bit. I’m not saying we should want it in our front or even our backyard, but let’s recognize its merits. Some might not know its name, but all have seen it and would agree it’s the ugliest weed in the yard.

Broad leaves lay in a flat ring and a central spike shoots straight up from the center. This perennial trespasser doesn’t even have pretty yellow flowers like dandelions and the contrast of large spreading foliage detracts from an otherwise well-manicured lawn.

Also called common plantain, it was brought here from Europe as a food crop in colonial times. It survives in nearly all environments and is common throughout most of North America. Plantain’s ability to thrive on wet compacted soils virtually insures its presence on most properties.

We know the bad points, so what are its good ones? First of all, plantain is edible raw or cooked and is a great source of vitamins A, B1, B2 and C. Foliage is also rich in minerals and mono unsaturated fatty acids.

The herb has a long history of medicinal use dating back to ancient times. Some cultures used it for nearly every malady. One American Indian name for plantain translates to “life medicine.” Indians also called it “white-man’s foot” since they discovered plantain everywhere settlers had been.

Crushed leaves are used to treat skin irritations including poison ivy and stinging nettle. They also help heal sunburn. I have even heard of placing a leaf inside a diaper to lessen diaper rash.

So why did it get the name “soldier’s herb?” Plantain can stem blood flow and was often used as a wound dressing in earlier times. Topical applications promote clotting and help heal damaged tissue. Plantain also contains acubin, reported in the Journal of Toxicology as a powerful anti-toxin. Allantoin, another compound found in plantains, promotes healing of wounds, cell regeneration and softens the skin.

Buckhorn plantain is a narrow leaf relative (Plantago lanceolata) with many of the same properties as common plantain. It is often more common around here. Buckhorn plantain often persists more in cold weather and emerges earlier in spring. Both species are difficult to control in lawns. Broadleaf chemicals like 2,4-D and MCPP are effective against young seedlings, but established plants are tougher. Increasing application rates can injure the grass, so repeat treatments are usually necessary. The best control method is to prevent it from establishing in the first place. Good luck.

Broadleaf plantain may be very useful but fits the true definition of a weed. It always seems to be growing in the wrong place. 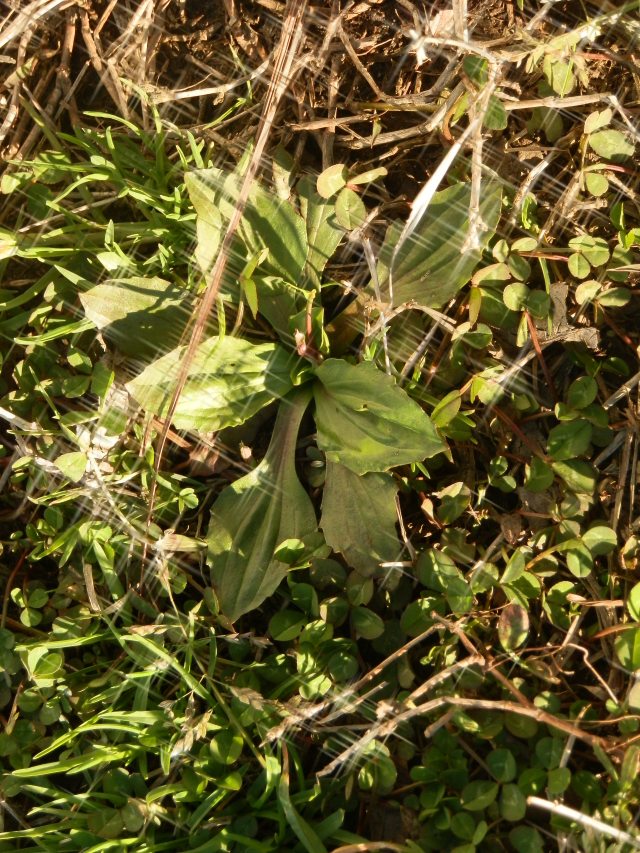 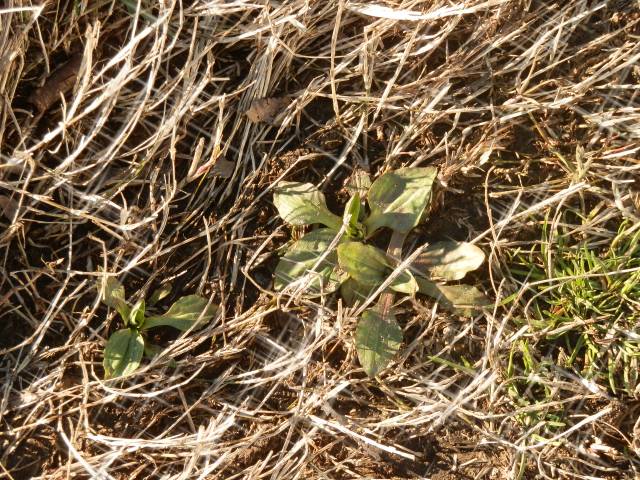 I grew up in Old Town Maine and got a B.S. at the University of Maine in Plant Sciences/ minor in Botany. From there I moved to West Virginia and earned a M.S. in Agronomy at WVU. I also met my wife there. She grew up in rural WV as the daughter of tenant farmers who raised cattle and hogs. Their lifestyle at times was one of subsistence and I learned a lot from them. I've always been a foraging buff, but combining my formal botanical knowledge with their practical 'Foxfire-type' background opened up my eyes a little more. I recently retired from teaching high school agriculture after 25 years teaching with my wife. Until recently I wrote a weekly nature/foraging column for the local paper (dailyadvance.com). I also have written several Christian nature/adventure novels that can be purchased on Amazon in Kindle format. One is a five book family saga I call the 'Forgotten Virtues' series. In the first book, Never Alone (presently out of print), a young boy comes of age after his father dies in a plane crash, and he has to make it alone. The second book, Strange Courage, takes Carl from his High School graduation to his recovery from a nasty divorce. The third book, Second Chances, takes Carl from his ex-wife's death and the custody of his son to his heroic death at age 59. The fourth book, Promises Kept, depicts how his grandchildren react and adjust to his death (this one is not yet published). In the final book, Grandfather's Way, his youngest and most timid granddaughter emerges from the shadow of her overachieving family and accomplishes more in four months than most do in a lifetime. I use many foraging references with a lot of the plants I profile in these articles in those books. I also wrote a romance novel titled Virginia. It is available on Amazon and is a different type of romance from a man's perspective.
View all posts by tedmanzer →
This entry was posted in foraging and tagged broadleaf plantain, buckhorn plantain, clotting, foraging, nature, Plantago, styptic, white-man's foot. Bookmark the permalink.