Walk around the edges of your yard and you might see it. Dayflower is that grass-like weed with the little blue flowers. It finds its way into our flowerbeds and goes unnoticed, hiding itself under the cover of larger plants until those two big blue petals jump out at us. There is also a small white petal that often goes unnoticed. Each flower only lasts for one day.

Originally introduced from Asia, common dayflower looks a little like a green Wandering Jew. It has short leaves two or three inches long on creeping stems. Leaves clasp the stems and often hair-like tissue resides in this area. When stems contact the ground roots form profusely where leaves emerge from the stems.

Plants rarely grow much more than two feet tall. That’s one reason it often remains somewhat camouflaged.  Deer-tongue grass is another species some confuse with it when plants are young, but once the blue flowers emerge identification is simple.

Dayflower is a hardy annual or tender perennial, meaning that controlling it is usually predicated on keeping it from going to seed. Quite often parent plants don’t survive substantial winters unlike its cultivated more compact cousin, widow’s tears. Dayflower grows well in wet shady areas or sunny places, especially if shrubs or other plants are present.

Dayflower looks harmless and delicate, but it can be an invasive weed. Few chemicals are effective against it either, and none that I’m aware can be purchased without a pesticide license. Unless plants are very young, Round-up isn’t effective within recommended rates even with multiple applications. Treatments with it merely endanger your desired plants. Hand weeding is your only decent option.

Don’t discard those invasive devils. The leaves are edible and mild tasting. I like them better lightly cooked with butter and salt, but they can be used in salads. They don’t get strong as the season progresses, but the stems become tough, so discard them. Leaves are oxalate accumulators, so don’t eat too many and be sure to cook them if you form kidney stones. I hear the seeds are edible, the flowers too, but I’ve never fooled with them.

The flowers can be used to make a bright blue ink. The blue colorant in the dye is a chemical called commelinin, interesting since the genus name of dayflower is Commelina. This dye, extracted extensively in Japan, fades when exposed to prolonged sunlight.

Dayflower is prescribed medicinally by herbalists to treat sore throats and tonsillitis. Since it is a diuretic it has been used to treat urinary ailments. Plant sap has styptic properties similar to those of plantains, yarrow and other wild herbs. Extracts also show antibacterial activity.

Research is presently being conducted on the use of dayflower extracts to treat type-2 diabetes. These plants contain alpha-Glucosidase inhibitors, which interfere with the breakdown of complex carbohydrates and formation of sugars. In short, they slow down starches from turning to sugars and keep too much blood sugar from entering the bloodstream. This could also help with obesity problems. Research is in its infancy, but it has potential. 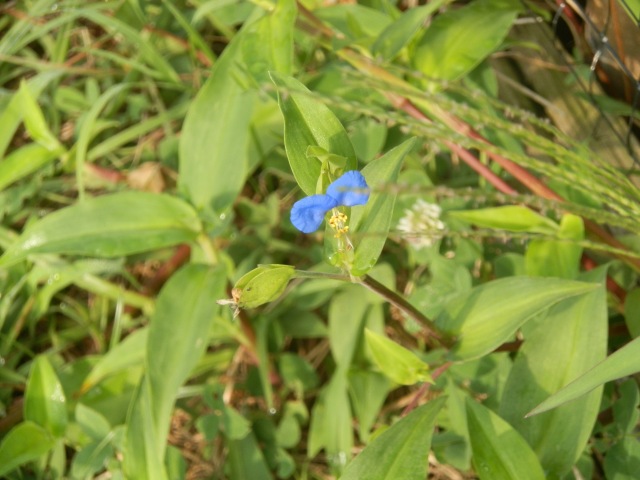 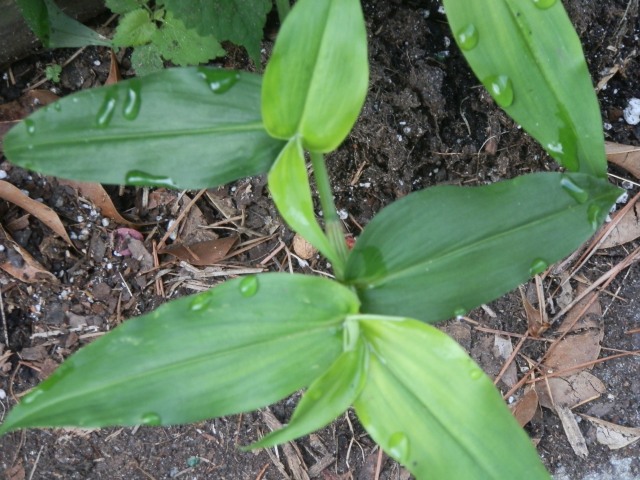 I grew up in Old Town Maine and got a B.S. at the University of Maine in Plant Sciences/ minor in Botany. From there I moved to West Virginia and earned a M.S. in Agronomy at WVU. I also met my wife there. She grew up in rural WV as the daughter of tenant farmers who raised cattle and hogs. Their lifestyle at times was one of subsistence and I learned a lot from them. I've always been a foraging buff, but combining my formal botanical knowledge with their practical 'Foxfire-type' background opened up my eyes a little more. I now teach agriculture to high school students at Northeastern High School in Elizabeth City, NC. My wife teaches with me and we make a great team. I also write a weekly nature/foraging column for the local paper (dailyadvance.com). I also have written several Christian nature/adventure novels that I plan to publish eventually. One is a five book family saga I call the 'Forgotten Virtues' series. In the first book, Never Alone, a young boy comes of age after his father dies in a plane crash, and he has to make it alone. Never Alone is now available in paperback, Kindle and Nook. The second book, Strange Courage, takes Carl from his High School graduation to his recovery from a nasty divorce. The third book, Second Chances, takes Carl from his ex-wife's death and the custody of his son to his heroic death at age 59. The fourth book, Promises Kept, depicts how his grandchildren react and adjust to his death. In the final book, Grandfather's Way, his youngest and most timid granddaughter emerges from the shadow of her overachieving family and accomplishes more in four months than most do in a lifetime. I use many foraging references with a lot of the plants I profile in these articles in those books.
View all posts by tedmanzer →
This entry was posted in foraging and tagged alpha-glucosidase inhibitor, antibacterial, blue flowers, commelin, Commelina, dayflower, edible, foraging, nature, sore throat, styptic, tonsillitis, wandering jew. Bookmark the permalink.