Many people who don’t have it growing on their property want it. Those who have it usually want to get rid of it. Once established, English ivy (Hedera helix) can take over a wall, tree or forest floor.

I don’t know of another plant more adaptable to indoor and outdoor use. Even cast iron plant has an Achilles heel. It doesn’t tolerate too much sunlight and won’t grow outside north of zone 7. English ivy grows in full shade and full sun. No, it won’t thrive in low light interior locations like cast iron plant will, but its adaptation to different environments is impressive.

English ivy is an evergreen vine with glossy leaves and prominent veins. It is hardy to northern New England. It grows best in moist but well drained soils with high organic matter. Plants don’t require much fertilizer. Once established it tolerates substantial drought due to a system of above and below ground roots. English ivy takes advantage of dew as well as any water source available.

Ornamental varieties can have a variety of leaf shapes and colors. They’re easy to propagate by stem cuttings and can tolerate lower interior temperatures than most houseplants. Plants respond well to misting, especially if the soil is kept on the dry side.

English ivy is not a native plant, and for this reason is frowned upon for landscape use by many people. It is an effective ground cover and soil conservation plant. However, it chokes out native vegetation and spreads to areas where it might not be wanted. It’s not unusual for plants to spread more than a hundred feet. Plants also respond well to pruning, so unless the entire plant is removed, remaining portions regrow vigorously.

English Ivy also climbs anything. It spreads by clinging adventitious roots that burrow into bark, masonry or house siding. It certainly can damage the appearance of siding, bricks or whatever it climbs upon. It can even weigh down and eventually topple some trees. It also can shade some of the tree foliage and that can reduce tree vigor.

However, it also provides insulation and can reduce heating and cooling costs. It also covers up unsightly areas along walls. There is considerable argument as to whether the ivy protects or degrades.

Some say the ivy traps water making the walls moister and more subject to decay. Others say the ivy soaks up the water and forms a barrier that protects the walls. It’s a trade-off, but most folks I’ve talked to would rather save money in other ways.

English ivy has a long list of medicinal uses. It is used to treat asthma, bronchitis, COPD, arthritis and other inflammations. Sometimes essential oils are used. This is often true for skin irritations. One potential problem is that some people are mildly sensitive to these oils and could develop a rash.

Some people make teas from the leaves to extract saponins and flavonoids that are helpful for reducing inflammation. High doses can cause nausea and vomiting. I’ve never fooled with it.  Always consult your health professional before trying anything new. 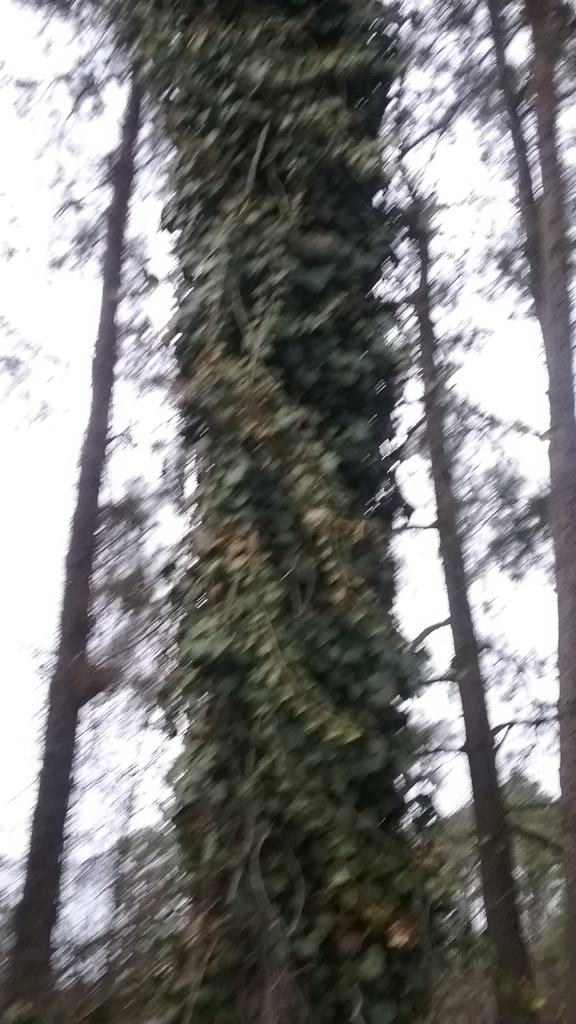 English Ivy is covering the trunk of this loblolly pine 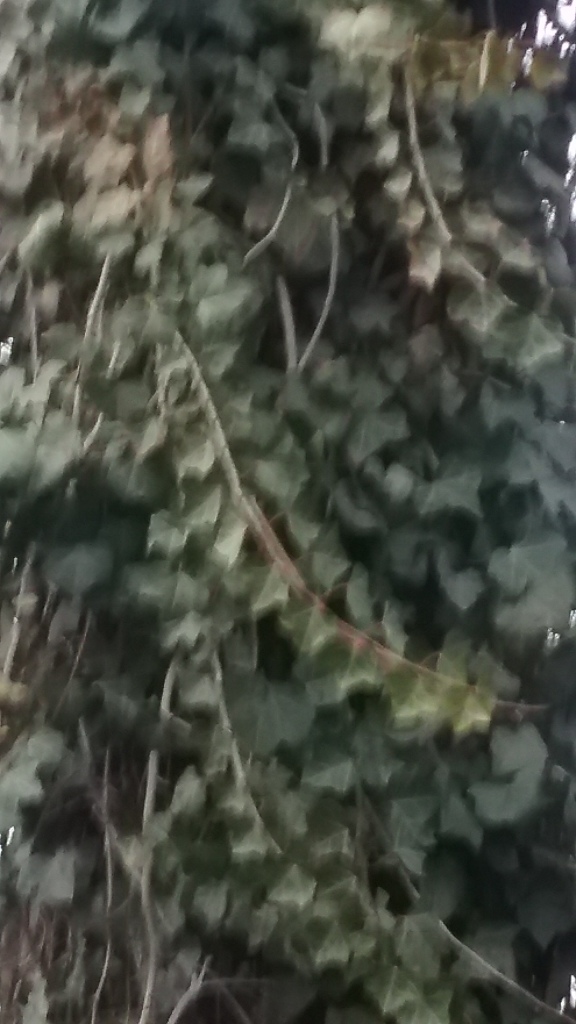 I grew up in Old Town Maine and got a B.S. at the University of Maine in Plant Sciences/ minor in Botany. From there I moved to West Virginia and earned a M.S. in Agronomy at WVU. I also met my wife there. She grew up in rural WV as the daughter of tenant farmers who raised cattle and hogs. Their lifestyle at times was one of subsistence and I learned a lot from them. I've always been a foraging buff, but combining my formal botanical knowledge with their practical 'Foxfire-type' background opened up my eyes a little more. I now teach agriculture to high school students at Northeastern High School in Elizabeth City, NC. My wife teaches with me and we make a great team. I also write a weekly nature/foraging column for the local paper (dailyadvance.com). I also have written several Christian nature/adventure novels that I plan to publish eventually. One is a five book family saga I call the 'Forgotten Virtues' series. In the first book, Never Alone, a young boy comes of age after his father dies in a plane crash, and he has to make it alone. Never Alone is now available in paperback, Kindle and Nook. The second book, Strange Courage, takes Carl from his High School graduation to his recovery from a nasty divorce. The third book, Second Chances, takes Carl from his ex-wife's death and the custody of his son to his heroic death at age 59. The fourth book, Promises Kept, depicts how his grandchildren react and adjust to his death. In the final book, Grandfather's Way, his youngest and most timid granddaughter emerges from the shadow of her overachieving family and accomplishes more in four months than most do in a lifetime. I use many foraging references with a lot of the plants I profile in these articles in those books.
View all posts by tedmanzer →
This entry was posted in general nature and tagged climbing evergreen vine, clinging adventitious roots, English Ivy, forms a barrier, Hedera helix, high organic matter, medicinal uses, not native, provides insulation, Sun or shade, traps water. Bookmark the permalink.