Certain plants endear me to all three places. Some of these plants are ones used in landscaping. Others are trees that jog my memory to experiences in my past. Still others are plants that I like to forage for food. Many species overlap and thrive in all three environments.

When I go back and visit Maine, probably the first things I notice are trees. I love birches, particularly yellow birch. White and gray birch are pretty, too. As far as evergreens go, I love northern white cedar, known to most people as arborvitae. They grow over 80 feet tall in eastern Maine, and their aroma is unmistakable.

Variety of landscape plants is limited due to cold winters. Broadleaf evergreens are all but nonexistent. Dahlias, cannas and gladiolus must be dug and stored in the cellar or they freeze and die. Summer flowers are phenomenal, because of cooler summers. Even pansies don’t melt out in summer up there.

I can’t travel to West Virginia, especially in spring, without noticing all the dogwoods and redbuds. In fall, sugar maples, red and white oak and yellow poplar seem to dominate the tree line. Sycamores line the creek banks. Fall color is great, since forests are almost entirely deciduous.

Since I left West Virginia I miss the rhododendrons. It was too cold for them in Maine and too hot for them here. In spring, daffodils emerge around every abandoned farm. Peonies and poppies were popular landscape perennials there too.

Tree nuts abound in the fall. Black walnut, butternut and my all-time favorite, shagbark hickory can be found in large numbers. I’m also a big fan of sweet birch bark tea. It has a delightful wintergreen flavor.

In spring, wild leek is a treat. Locals call them ramps. In summer, blackberries were a staple. I remember collecting five-gallon buckets full. I can still recall my wife dragging a nearly full bucket off the hill when she was nearly nine months pregnant.

Here in eastern North Carolina, landscape plants that define the area to me are southern magnolia, camellia, gardenia and crape myrtle. Those are the ones I’d miss if I ever left this place. Verbena and lantana are two of my favorite summer flowers.

In northeast North Carolina, by far my favorite foraging plants are pecans and muscadine grapes. Elderberries are plentiful too. They also were in West Virginia.

I love to travel around the tupelo and cypress swamps. On their edges are usually copious amounts of pawpaws in late summer. Beautyberry bushes often dot the outside edges. Live oaks thrive on the outer banks in their natural environment. Several locations inland have planted ones that are spectacular, but live oaks characterize Ocracoke.

I’m just scratching the surface, but these are plants that I feel illustrate these three places. Perhaps there are other plants that represent home to you. 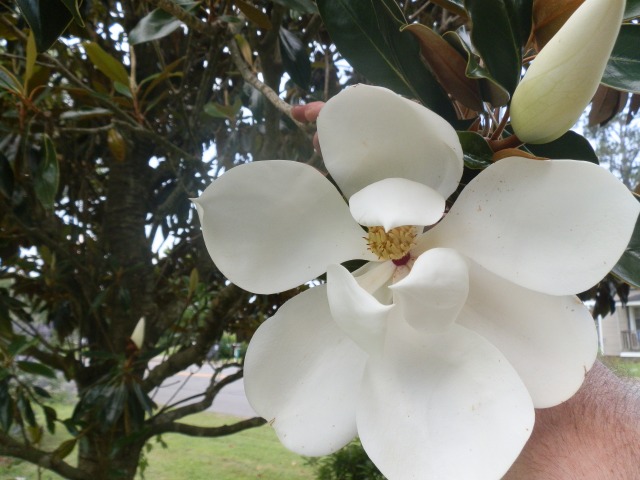 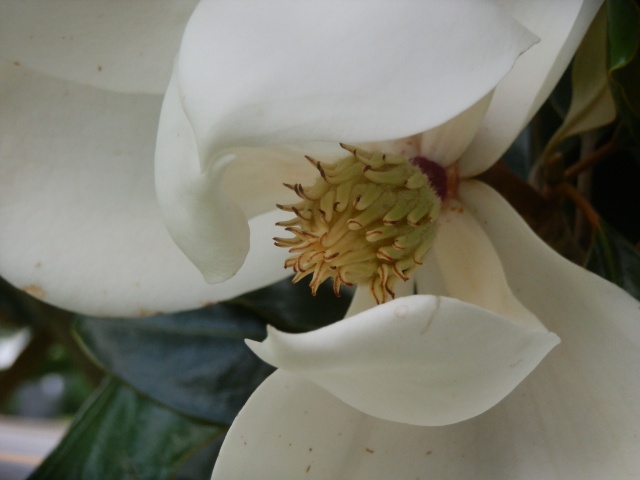 crape myrtle may be overused, but it’s a fixture in the southeast

I grew up in Old Town Maine and got a B.S. at the University of Maine in Plant Sciences/ minor in Botany. From there I moved to West Virginia and earned a M.S. in Agronomy at WVU. I also met my wife there. She grew up in rural WV as the daughter of tenant farmers who raised cattle and hogs. Their lifestyle at times was one of subsistence and I learned a lot from them. I've always been a foraging buff, but combining my formal botanical knowledge with their practical 'Foxfire-type' background opened up my eyes a little more. I now teach agriculture to high school students at Northeastern High School in Elizabeth City, NC. My wife teaches with me and we make a great team. I also write a weekly nature/foraging column for the local paper (dailyadvance.com). I also have written several Christian nature/adventure novels that I plan to publish eventually. One is a five book family saga I call the 'Forgotten Virtues' series. In the first book, Never Alone, a young boy comes of age after his father dies in a plane crash, and he has to make it alone. Never Alone is now available in paperback, Kindle and Nook. The second book, Strange Courage, takes Carl from his High School graduation to his recovery from a nasty divorce. The third book, Second Chances, takes Carl from his ex-wife's death and the custody of his son to his heroic death at age 59. The fourth book, Promises Kept, depicts how his grandchildren react and adjust to his death. In the final book, Grandfather's Way, his youngest and most timid granddaughter emerges from the shadow of her overachieving family and accomplishes more in four months than most do in a lifetime. I use many foraging references with a lot of the plants I profile in these articles in those books.
View all posts by tedmanzer →
This entry was posted in general nature and tagged Appalachians, foraging, landscape plants, native trees and shrubs, northeast, perennials and annual flowers, southeast, spring greens, tree nuts. Bookmark the permalink.

5 Responses to Plants define our environment