Rosemary – A shrub of many uses

Posted on September 3, 2012 by tedmanzer

There is probably not a more versatile plant in our landscape than rosemary. It makes a great hedge, tolerates salt spray, dry sandy soils, smells great, has medicinal properties and is a tasty spice. This fragrant shrub lends itself to formal or informal pruning and fills a niche most landscapes.

Rosemary, a woody perennial herb, can grow to six feet tall but is easily maintained at well below that. Some varieties are trailing. Rosemary responds extremely well to pruning and is one of the few woody evergreen shrubs that grow well in oceanfront applications. It thrives in sun to partial shade. The pleasing distinctive smell makes it ideal around a porch or patio.

Leaves add flavor to vegetables and meats. I think they are almost indispensable in marinades and stuffing for poultry, chops or fish. Don’t leave rosemary out of your marinara sauce either. Use leaves fresh or dried. Place foliage in a saucepan on the stove with plenty of water. It makes great simmering potpourri. Stems, especially blooming ones are great for wreaths and floral designs both fresh and dried.

Rosemary is hardy here, but not too far north of this area; so many people grow it in pots and place them in south facing windows during winter. They prefer humid conditions but should not be over-watered. Plants are easily propagated by seeds or cuttings, so you can have plenty to share with neighbors.

Besides landscape beauty, culinary uses, and air freshening, rosemary is used extensively as a medicinal herb. Leaves are high in antioxidants and aid in cell maintenance. Plant oils have blood thinning properties and are a strong diuretic.

Due to these traits significant doses generally reduce blood pressure and are often used for that. However, if you are already on blood pressure medication don’t consume high quantities of rosemary without clearance from your doctor. Small amounts used in seasoning are inconsequential.

Rosemary infusions are used topically as anti-inflammatories for arthritis. Preparations are also used to relieve menstrual cramping and water retention, but pregnant women should avoid high doses. Research shows there might be an increase in the chance of miscarriages. Again, spicing food isn’t a problem.

Research is also being conducted on the effectiveness of rosemary in treating various cancers, specifically breast and prostate cancer. Powerful antioxidant chemicals are a likely reason. For centuries herbalists claimed rosemary was effective for preventing memory loss. Research is ongoing for using the herb to treat Alzheimer’s. 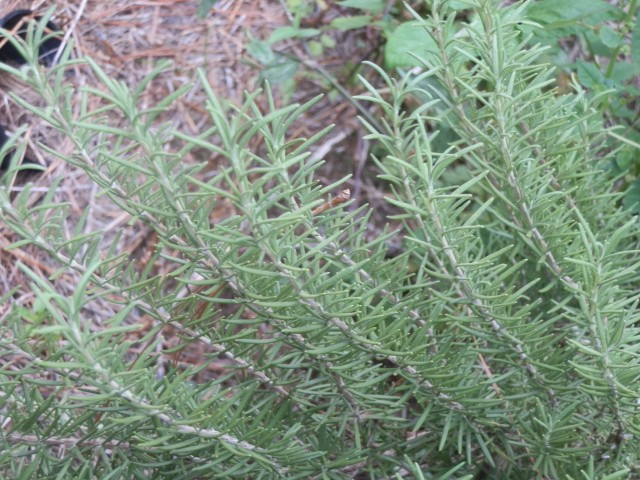 I grew up in Old Town Maine and got a B.S. at the University of Maine in Plant Sciences/ minor in Botany. From there I moved to West Virginia and earned a M.S. in Agronomy at WVU. I also met my wife there. She grew up in rural WV as the daughter of tenant farmers who raised cattle and hogs. Their lifestyle at times was one of subsistence and I learned a lot from them. I've always been a foraging buff, but combining my formal botanical knowledge with their practical 'Foxfire-type' background opened up my eyes a little more. I now teach agriculture to high school students at Northeastern High School in Elizabeth City, NC. My wife teaches with me and we make a great team. I also write a weekly nature/foraging column for the local paper (dailyadvance.com). I also have written several Christian nature/adventure novels that I plan to publish eventually. One is a five book family saga I call the 'Forgotten Virtues' series. In the first book, Never Alone, a young boy comes of age after his father dies in a plane crash, and he has to make it alone. Never Alone is now available in paperback, Kindle and Nook. The second book, Strange Courage, takes Carl from his High School graduation to his recovery from a nasty divorce. The third book, Second Chances, takes Carl from his ex-wife's death and the custody of his son to his heroic death at age 59. The fourth book, Promises Kept, depicts how his grandchildren react and adjust to his death. In the final book, Grandfather's Way, his youngest and most timid granddaughter emerges from the shadow of her overachieving family and accomplishes more in four months than most do in a lifetime. I use many foraging references with a lot of the plants I profile in these articles in those books.
View all posts by tedmanzer →
This entry was posted in foraging and tagged diuretic, foraging, gardening, herb, marinade, medicinal, nature, perennial, rosemary, simmering potpourri, spice, woody. Bookmark the permalink.

39 Responses to Rosemary – A shrub of many uses